It's all about relationship

While we were in training with EMM, one of the books we read was called from Foreign to Familiar.
The book speaks about the difference between "cold cultures" (the ones further from the equator) and "warm cultures" the countries closer to the equator. 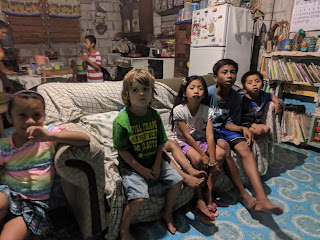 Friends invited us over to their home for dinner
Cold cultures tend to be task oriented. Culture is based on getting your work completed. 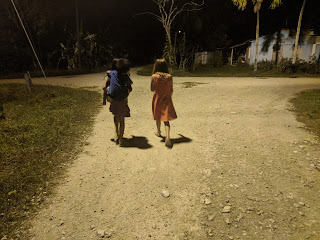 (Zion walks down the path with her new friend)

Warm cultures tend to be relationship oriented. They still get work done but the relationships with the people around them are the most important.  We are from Pennsylvania, a quite "cold culture" environment. I also tend to be a task oriented person. Honestly that was probably the most difficult for me when I became a parent. Suddenly my tasks were interrupted, multiple times.  Perhaps it was God's way of preparing me to live here. 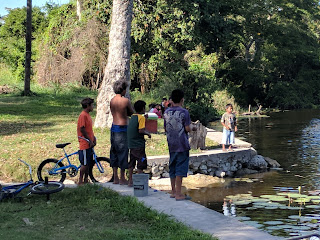 (Families play by the river and fish)

Here are some real to life examples we face:

One is in line in the grocery store. You make conversation with the clerk who is ringing up your order. Despite the fact that there is a line behind you, the clerk gives their full attention to you. The line doesn't move until you are finished your conversation. 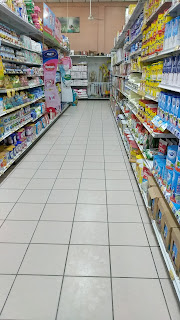 I went to workout the other week. Somehow I missed the announcement about wearing our shirts for a group picture.  I arrived just as everyone else was standing for the picture. I tried to convince them that I didn't need to be in the picture. They insisted that I go home quickly and change. One woman loaned me her bike so I could get there quickly. All of the woman waited for me to get the shirt, come back, and stand for the picture.  The funny thing about this is that no one was mad. I made everyone wait to start their workout. They waited with smiles on their faces, talking to each other. 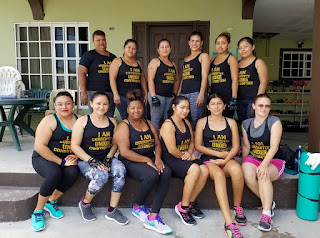 (The picture that shows all the women who waited for me)
A mother of a Deaf girl called Nathanael recently. There was a problem with her daughter she needed to discuss. Prior to speaking about her daughter's problem, she spent the first 5 minutes of the conversation asking Nathanael how he is doing. 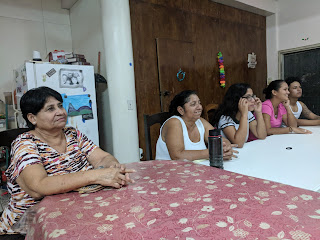 (Some of the people at Bible study)

I worked with a doctor from New York a few weeks ago. I helped him assess patients prior to him seeing them. Since he didn't have a set system, people ended up coming out of order to see him. He became irritated that the system had been breached. He didn't know that most people would wait all day. After they were seen, they will sit and visit with each other. 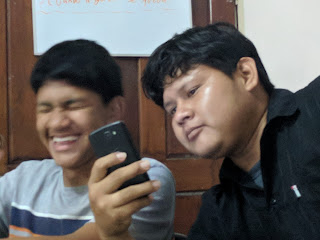 It is a huge adjustment for me. When we are working on school work, the last thing I want to do is stop my day to invite someone in. That being said we've had multiple times this has happened to us. Over Christmas break, we were trying to find somoene's house and stopped at a friend's house to ask for directions. We ended up spending the rest of the afternoon, talking while the kids played and rode horses. 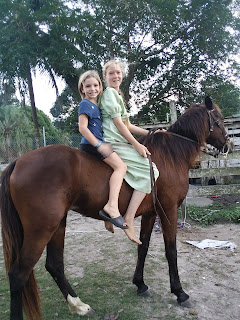 The relationship oriented culture is still in the learning stages for us. We enjoy more of a laid back approach to life. We aren't running from one activity to the next. I have to admit there are times I just want to get things done!
I hope you all have a great week