all is not quiet

Although it may seem as such, ( because it has been silent on the blog) Actually the opposite is happening. It has felt that we've been busy since we entered Belize (and possibly before then). 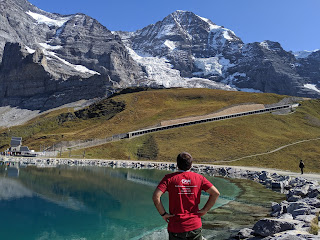 I could list all we are doing, but I am holding out that "someday soon" I will catch up on the blog.  One thing that has happened since we returned is we have had a significant number of visitors: both Belizeans and people from the US. This is fun and adds to the schedule.  I am hoping to do future posts about all of our visitors! 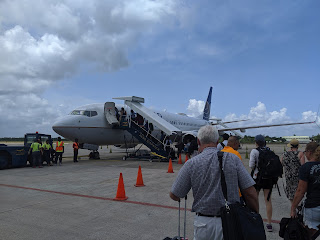 
Today I am going to focus on something that I should not be writing about.  Before you begin to contemplate, let me set the stage. 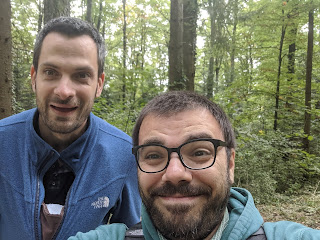 Seeing an old friend and his new baby

Back in March/April, Velvet Ashes had a feature post about Traction. (A retreat specifically for men in missions, see link for more information and a cool video)  Immediately I was excited. I spoke to Nathanael about it and his only response was "do you know how much it costs to fly to Switzerland?" I was excited because this type of retreat fit him to a tee. No note taking requirement, lots of extrovert time and of course hiking! 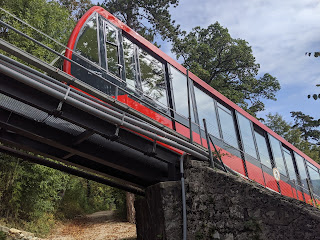 they rode up the mountain in this, similar to an incline plane in Pittsburgh/Johnstown area

I prayed about it and discussed it with people from our sending church Hopewell Christian Fellowship.  People there caught a vision and sponsored Nathanael to go. Once I had the go-ahead, I sat down and paid for his tickets. My mentor and I had a great plan to surprise him, however when Nathanael inspected the credit card charges (he does this every day) He asked me why I had  a plane ticket as a charge. The cat was out of the bag! 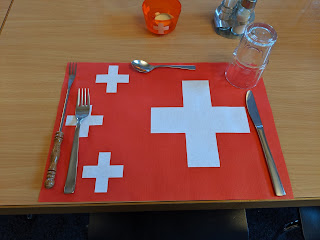 the table is set


Nathanael left Belize to be (very) cold in the mountains of Switzerland.  He was even able to reconnect with old friends. (Who had come to PA on an exchange program 10 years ago) 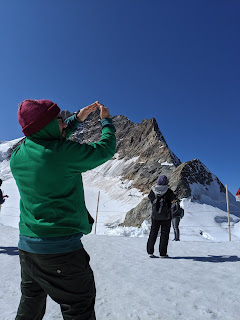 at the highest place in Europe

He attended sessions, spent time in small group and counseling time.  He hiked, interacted, and played Settlers of Catan in Polish. (Everyone spoke English but the game was from Poland).  Mostly though he rested and recharged in ways that he hasn't in years. It was a time of refreshment. 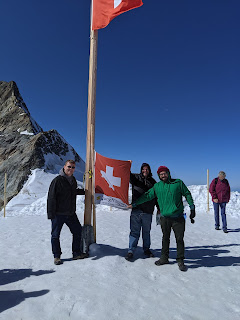 Nathanael and his friends at the highest place in Europe

We are so thankful to the individuals from Hopewell that supported us in this way. Existing in health allows us to minister in health.  (physically, emotionally, and spiritually). 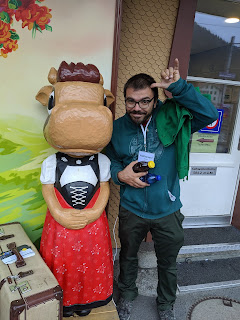 Next on the radar, and an additional reason I am mentioning retreats today, is my trip to Phoenix, Az.  I will be spending 9 days retreating.  It has been helpful to have our zoom calls weekly, I feel like I have at least gotten to know some people's faces that will be at the retreat.

I leave tomorrow.  Please be praying for Nathanael and the family during this time.  We have a visitor on her senior experience until Monday. That will be helpful at Bible study and church this weekend. If you want to be praying for me, I have the prayer calendar downloaded, I am hoping I can attach it to the Facebook post.

Thanks so much for supporting us in this way! We are excited about what God is doing 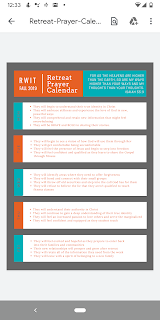 this is a screenshot of the PDF. If you would like me to email you the PDF let me know :)

Posted by Davis Family at 11:29 AM No comments:

This morning church started as it normally does.  We have a typical service compared to other churches, except for one thing, it’s in sign language.  We start with announcements which are presented by a Deaf church member. Then a different church member prays for the service.  Next, we have a time of praise and worship songs.  Many of the songs are common church songs, however, in our setting, they are silent.  We don’t have a worship leader.  Instead, several church members will pick a song and then they take turns leading the songs they have chosen.  When the worship time is over, we have a time of sharing. Today less shared than normal.  After that we have offering and an offertory followed by a short break when the children exit the sanctuary.

Last week I preached on when Jesus revealed his death and resurrection by telling the story of Jonah.  This week I started to preach on Matthew 8:23-27.   This is the story of the disciples waking Jesus during a storm on lake Galilee.  I started with the setting.  Jesus was travelling around Galilee by foot or boat preaching to the large crowds that surrounded him.  My sermons are very open.  Often, I ask questions or am interrupted to answer great questions.  This week a Deaf church member asked why Jesus was here for such a short time.  He could easily have stayed and done years or decades more work.  After much discussion, it was suggested and agreed that one reason was so the disciples could, “take their turn”.  Quickly the discussion turned into the need for the Deaf church members taking their turns like the disciples did.

What a great way to have my sermon derailed.  What a great discussion.  Please pray for Jesus Deaf Church as we continue to grow.

Posted by Nathanael at 1:44 PM No comments:

Amy Young has written a new book entitled Getting Started. As a part of her editing process she allowed some people to read a chapter she was working on about suffering in missions. It really hit home for me. A part of the chapter talks specifically about grief, specifically the grief experienced on the field. A huge one with grief is coming to terms with the differences we face.  Amy also makes the point that grief isn't a one time circumstance. It sometimes creeps up on us. 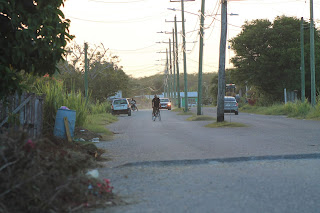 The street in front of our house


For us this past month, it was with our dog.  In a time of celebration/fun we accidentally let the dogs out of the fence. One of them got run over by a car. We took him to the vet, but his injuries were too extensive. We had to say goodbye to him in the office. 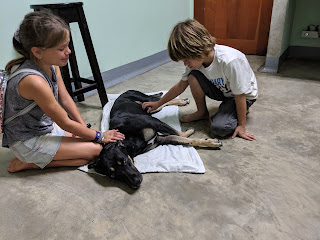 The other day, Nathanael was driving around later in the evening. The water place was closed. (where we buy filtered water). Instead, he passed by the one that is open all night. A guy from youth group was there. Selah and Nathanael made conversation with him. He works at the water place. His hourly salary is 3.75$ an hour. He was excited because that day he had worked overtime and was making 5.75 an hour. 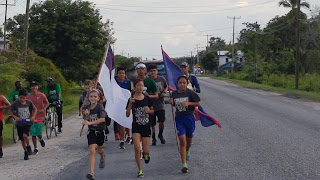 For some reason, this in particular hit me. I held it in my heart as we navigated care of our dog. We prayed and tried to do our best for him. At the same time I thought about this high school aged guy who contributes to the family income. 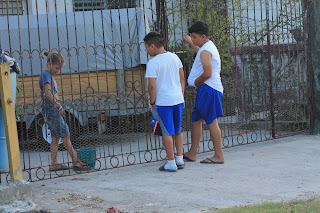 our front gate, where a lot of exchanges happen

Is it okay to spend more than he makes in a week on a dog? There isn't a good answer. We face questions like this weekly.  It is a space of grief, looking at disparity, and asking God for wisdom.  We don't always navigate this well. We are learning.