Todd and Lizette Miller were our first visitors this term. What a privilege it is to host people and "show them around. " 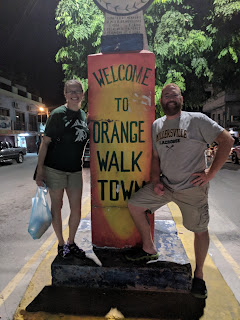 I have to admit that this post was one that is difficult to write.  I am an introvert by nature. I also am still in the process of learning ASL, my third language. I think a part of me just forgets what it was like when I was learning Spanish. Shirley, my mentor from our stateside home church and I talked about this recently. She talked about two years into her term, (in Mexico) she could understand enough to contribute to a conversation, but by the time she said something the conversation had passed what she was going to say. This was kind of how my week went. To Todd and Liz's credit, they were very patient with me.

All of that to say, I was mostly the observer last week. This is my account as the observer.

Todd and Lizette arrived on Saturday. We brought some people from church along for the van ride. The thing that really impressed me was how they jumped into things. Lizette sat in the back of the van and chatted with some of the people who had come. 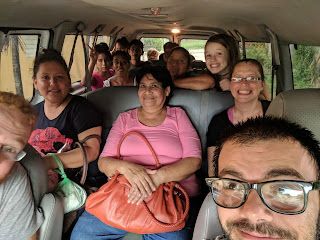 Saturday night, they went with us for our time in the park. They were able to try some different food: Mexican and Orange Walk tacos, marquillatas, fruit, and western dairies ice cream. We even "ran into" a few Deaf at the park. 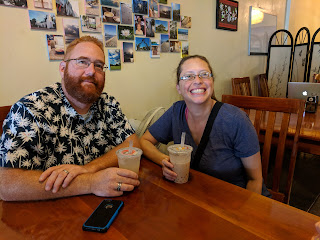 Sunday, Todd preached. There friends from Spanish Lookout came along with their family. Pedro has 7 siblings, 3 of which are Deaf, then he also has a hard of hearing brother in law. His Spanish speaking parents came and one of his hearing siblings interpreted the sermon. Pretty Cool! The church was invited to go swimming at the local swimming pool. Most of us went. (although I think the only ladies that swam were Liz and I) 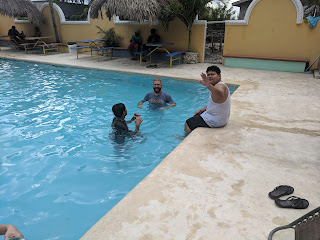 Nathanael's favorite ruins (that we've been to) are the "closest". I put that in quotes since it's a 2 hour trip (only 28 miles) on a very bumpy, potholed road. The benefit to the road is one can see the Mennonite community in Shipyard while traveling. Laminai doesn't disappoint. We saw Spider monkeys, parrots, a lemur and of course the ruins.

Todd and Lizette were able to visit with many people from church. I was touched by their ability to relate and talk with different generations. They encouraged, did devotionals and played games.


Friday Night Todd lead Bible study. I missed it since I was with the children.  Saturday morning it was time to say goodbye.

Thanks so much Todd and Liz for blessing us and the church!