Snow drifting silently, covering everything in its path with freshness; the early morning
calm; Nothing to compete with, just me and God. There is certain quietness after a snow
storm. The world blanketed in white, it is followed by indescribable silence. 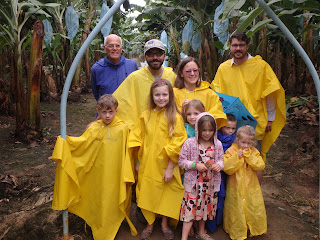 At age 13, a paper route was a way that I could earn money. I had to pull myself out of
bed, wrap papers, and carry them door to door. Honestly most days it was my mother
who made sure I was up in the morning. The job required having the papers delivered by
6:30am. I often found myself alone with my thoughts. Post snow storm was one of my
favorite times to deliver the paper.

These moments on my paper route imbedded an idea of what peace should be. In my
imagination, it is a place of tranquility. The demands of the world fall off. I have open
communication with the one who made me. There is specialness about the peace in my
mind, similar to the feeling after a fresh snow.

Reality comes crashing into my imagination. That peace I long for, is it still attainable?
No paper route to follow, I still have dreams (nightmares?) where I can’t remember
which house I must deliver to next. In my dreams I worry that I won’t get my route done
in time…

As my mother grew up, her parents were having trouble with her brother. They had to
make difficult decisions. One night she slipped a paper with this verse beneath their door:

John 14:27 Peace I leave with you; my peace I give to you. Not as the world gives do I give to
you. Let not your hearts be troubled, neither let them be afraid.

In the midst of their heartache, it was a comfort. About 30 years later, she found herself in a
similar situation. My grandmother had framed the paper that my mom had given them. The
paper was returned improved. She clung to the verse in the midst of the world that was far
from peaceful. She found the peace in the midst of difficulty.

I am an introvert. I long for that place on my paper route. I even entertain thoughts of living
in a land where people wear coats. Currently 75F is chilly. My children sing in the
background as I write instead of eating their lunch.

Just as my mother found peace in the midst, this is what I seek. I am thankful that the peace
he gives doesn’t look like my imagination. He faced greater trials than waking up early and
making sure the right people got the correct paper. He is the One who knows what I face.
Nothing I face surprises him. To me that is a great comfort.

As for my own peace, I have come to believe it isn’t the paper route or the snow that I seek.
It is the One who gives eternal peace. When I cling to anything but him, I lose my peace. I
am thankful that the peace he gives doesn’t require my imagination. He is one who brings
peace in the midst of difficulty; land without snow and all.