Today was amazing. Sometimes I plan for amazing things to happen, and it's disappointing. Today there was no plan it just happened. We have a lot of Chinese immigrants here. They tend to own the bigger stores. One of our closer shops, Dickerson, has a lot of Chinese products. The other day I took pictures of some (with no English on them) and sent them to my friend. She was a missionary in China for 20 years. She translated for me. I actually didn't buy the "good tea for your health". Finding out what was in the package was nice.  I did however find some spring roll wraps. 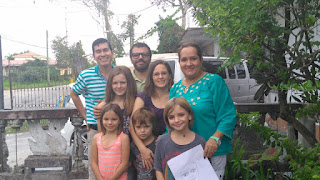 Thus set in motion an idea. We could make spring rolls!  I was planning on me just making dinner, but Selah and Nathanael joined in, making it fun. As we listened to music, Zion danced around on 3 yoga mats. She even put on a gymnastic uniform. 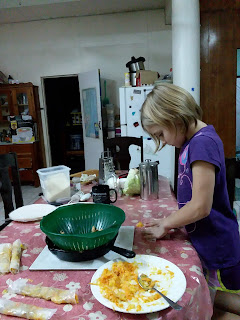 All of that to say we're normal. Normal family living a normal life. Sometimes it is fun to grasp the normalness. Transitions are always hard for us. It has been feeling lately that we are on the other side of this transition. Praise the Lord! I wanted to highlight for you readers that a good portion of what we do lacks glamour. We live here. We eat, we wash our clothes, we go on walks, and buy food at the supermarket. 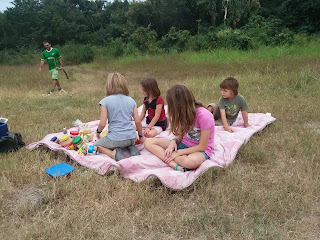 Of course there are out of ordinary moments to add spice to our lives!  One happened this past saturday. The story starts with meeting a YWAM participant. She actually lives in Belize with her parents. They are originally from Colombia, but have moved 8 times for her father's job. She is truly a TCK. She informed me that her parents have a Christian radio program. They like to interview people and share what God is doing. 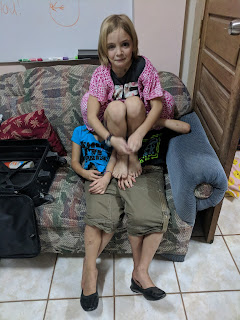 Last Thursday Nathanael received a Whatsapp call that he didn't understand. He passed the phone to me. It was Julianna's parents. They woud be in Orange Walk on Saturday, could they come for an interview?  I have to admit when she suggested 12pm I was a bit put out. In Belize, everyone eats at 12. The culture is if someone is at your house, you feed them. I wrongly assumed they were coming at that time to have me feed them.

I mixed my favorite meal of chicken tortilla soup. As they entered, we had the table all set. They stared in disbelief. Apparently the aren't Belizean ;) They insisted on bringing something to the meal. My children all were quite pleased especially because we don't buy soda especially not coke! They also got some fruit salad to share.

I was humbled by them. What an opportunity to share and understand more about them.  Her father talked about how every country, God has brought someone into their lives to help them adjust. Both her father and younger brother speak English. Her mother is still learning and we conversed mostly in Spanish.

Here's the embarrassing part: I was asked to do an interview for the women's program!  Embarrassing because it is in my second language, and my second language still needs work. I did my best but it was lacking. Nathanael also was interviewed, him in English. It was such a great time to share our hearts and what we do. 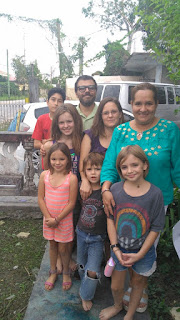 If you would like to listen, email us and we'll let you know where you can download the link for the show.  Here is their website: http://www.unavozeneldesierto.org/
Posted by Davis Family at 6:21 AM