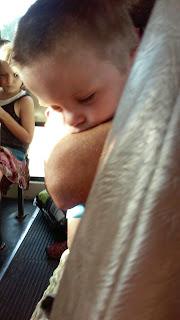 As Nathanael stated in his blog, we visited a different part of Belize last Tues-Thursday.  Nathanael "happened" to meet someone while working with the ministry of Education.  This wonderful woman invited us to stay at her house in the Cayo district. 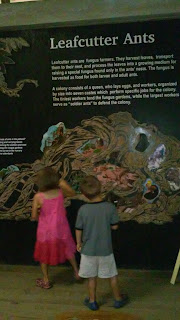 She and her husband are retired and living in Belize.  They stay at a former hotel.  They rent rooms for a 6 month period for anyone who would like to use them.  She allowed us to stay for free. 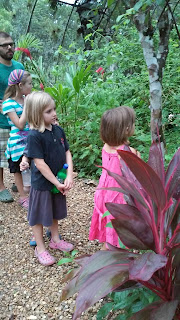 We started our trip with a rude awakening at 4am (earlier than we had to be up to make our flight here!!) We walked to the bus stop for the 4 hour ride to her house.  The bus was so full Nathanael and Zion rode in the back of the bus atop the Engine. I sat below them on a ledge. Apparently with the air coming in the windows they were actually cold.  Sitting below them; all I felt was hot! 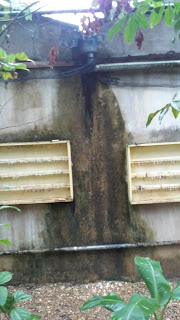 By 8am some of the kids had slept and we arrived in San Ignacio.  We found our way to her house with some help from a local couple who gave us a ride.  The place we stayed at was literally across the street from a site that they've been excavating Mayan Ruins. 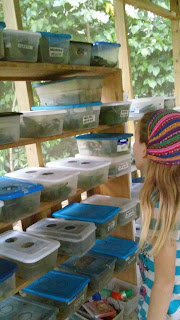 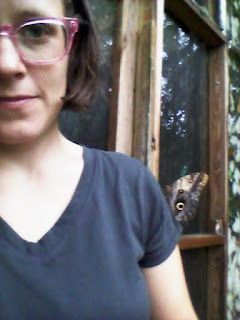 The butterflies landed on us a few times 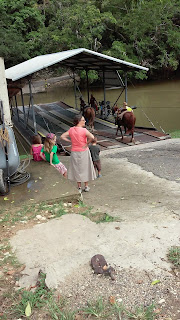 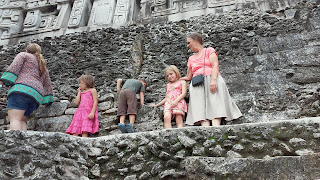 Nathanael was able to get some work done. The kids had an awesome time swimming in the pool that evening.  We found a cute little bubble tea place, with swings in the waiting area. The kids were in love! 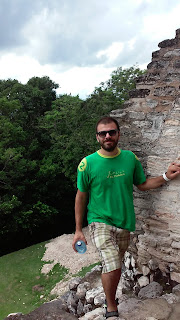 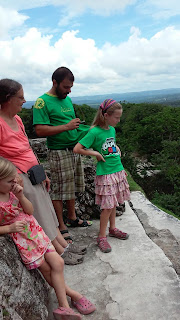 On the trip we visited a Butterfly Conservatory.  They had a nice area where butterflies were kept. The man there showed us the caterpillars in various stages of development.  He let us hold a few.  Attached was a museum where we spent some time learning about animals and culture.

The next day Galen and Phyllis, our supervisors who live about 2 hours from San Ignacio came to visit. We were able to climb the ruins, they drove Nathanael to Cayo Deaf Institute, and the kids and I visited Spanish Lookout.  I enjoyed some children free shopping with Phyllis while Galen took the children out for ice cream.  What an enjoyable time!!

When we returned to pick up Nathanael (much later than we thought it would be as there was a line for the Ferry) he was still talking to the teachers at the school. He was in his element, talking about what he loves. As his wife it is wonderful to see him function in his calling this way. 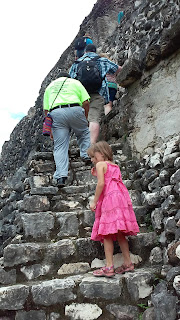 Here is a video of the kids enjoying the bubble tea place.