"We're not in Kansas anymore Toto"

In an effort to tell you more about what our lives are like here, I'm going to do a short series on the things we are experiencing that are different from Pennsylvania.

As an example it rained this evening for about 30 min.  About 20 min after the rain stopped I went to the bathroom and could hear water just dripping down.  I was worried.. was there something really leaking... did someone leave the shower on? 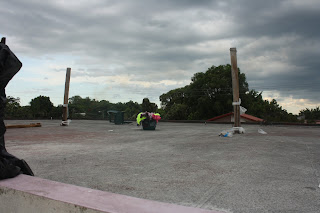 nope turns out our roof is flat and it was taking a while draining through the small holes in the wall.  The water did drain.. and there wasn't a leak!  Good thing too!

There are very few paved roads here.  This means that most of the time there is a lot of dust. It comes in the windows, covers our feet, and is just in every location you could think of. 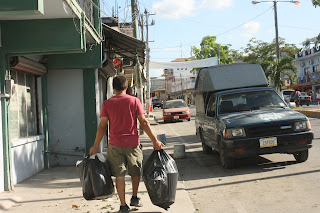 While I was in Mexico, I learned and used the bus/subway system quite often. I envisioned that living without  car in the city is possible and sometimes nice.  Here there are busses but not in town. One can get a taxi for a reasonable rate.  We often choose to walk.  Our children are still getting used to it, so are we :) Nancy has also been available to help, especially when there is much to transport or several locations to go to. 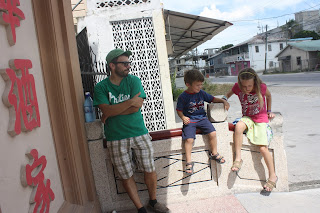 Language!!!! This is a difficult one.  The official language of Belize is actually English.  Prior to becoming it's own nation, Belize was "British Honduras".

In Belize City (Nathanael tells me) there is a strong influence towards Creole. very similar to the language in most of the Caribbean, including Jamaica.  Here in Orange Walk, there is a mix of Spanish and Creole.

I get by with my Spanish although it makes me lazy. I can drop an English word and totally be understood.  Nathanael also does fine, if people don't understand him he switches on his Creole.  I on the other hand lack the skills in Creole if the person isn't understanding me.  Honestly the smell and some of the culture reminds me of Mexico.  Because of this, there are times that my Spanish is automatic.

Really most people understand English, so our kids also are doing well.

I will continue with the Differences on a different post.. now on to some pretty pictures.. :)

Other than Nathanael, our next big step is to work on our ASL.  I will be re-starting with a tutor as will the children.  Hopefully we'll add this to our school schedule in a seamless fashion :)

Sunday we took a trip with Fleurette and Nancy to Crooked Tree Here are some pictures of that fun: 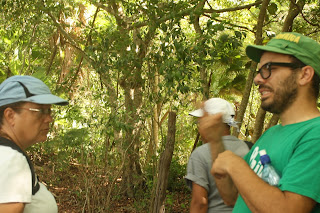 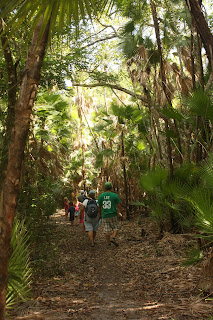 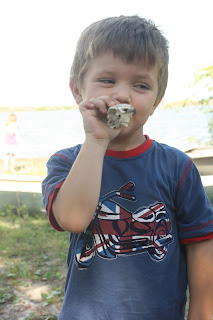 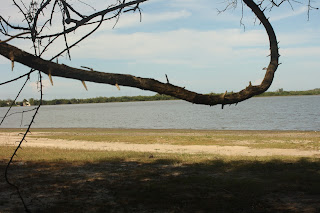 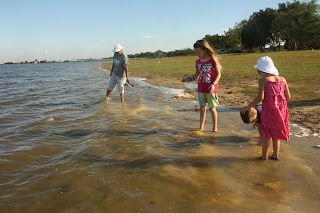 Email ThisBlogThis!Share to TwitterShare to FacebookShare to Pinterest
Labels: Belize, daily life, Not in Kansas anymore