While Nancy was the pastor of Jesus Deaf church, she did Friday fun nights monthly. Since we came running into the position, Nathanael had decided to wait until things were a little more settled. 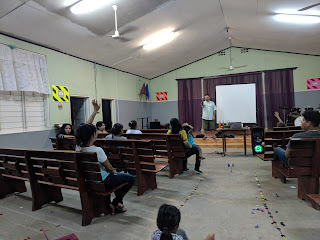 He decided that we would do the first Friday fun day in November.

It felt like a grand undertaking.  Nathanael picked out a movie. He interpreted it by putting a movie of himself in the corner of the movie as it played. He chose A Princess' Bride. 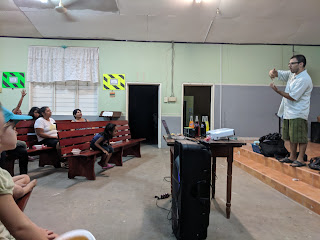 I took charge of the food. I can't tell you how thankful I am that the instant pot was on sale before we left. I made bean soup for about 60 people using it!  It is a kitchen gadget I don't regret. 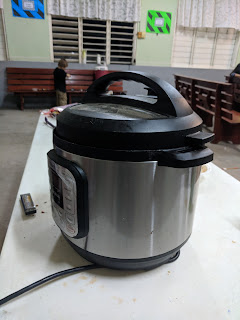 After cleaning and picking people up, We gathered for prayer.

The girls and I served the soup with carrots/cucumbers and cupcakes.  Next time I will recognize that I can't just have bowls to serve in. Oh well live and learn! 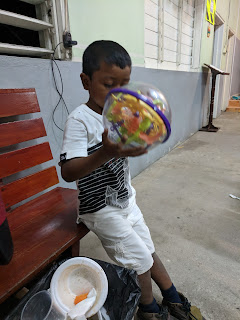 Nathanael played a short review game. He has been going through the Bible, starting with creation. Friday nights he reinforces the teachings he has on Sunday. It was great to see people interact and see what they remembered. 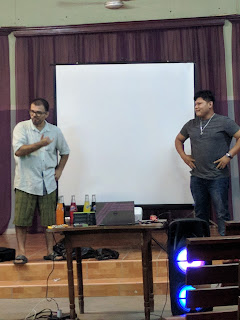 After the short game, we played the video. From the feedback, people really enjoyed the interpreting being "on screen" so they could view the movie and the interpretation at the same time. Nathanael has a bit to work on as far as the technology. I admire what he's done so far and trust next movie night will be even better! 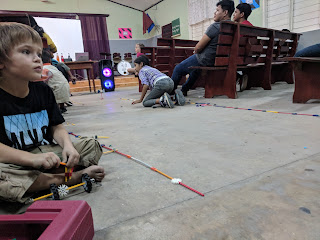 For the drive home, Nathanael chose to make one trip instead of two. we had over 20 people in the 15 passenger van. It was a tight squeeze but we did it! 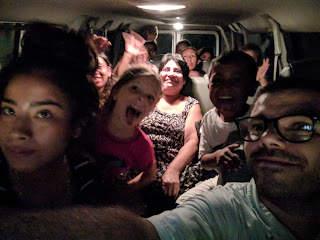 This week we will have visitors! Todd and Liz from Connecting Deaf (one of our sending churches) will be here from Saturday to Saturday. Pray for save travels for them and connections within people in the church.