We are still learning

If I am honest with you, I would tell you I often write blog posts in my head.  At times it's an ongoing conversation.  Often, God speaks to me and teaches me more about the things I am thinking about posting. 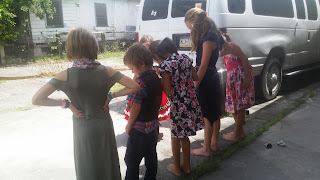 This past week I spent a lot of time writing in my head.  I struggle with the balance between honesty: This week was pretty hard on us, and the fact that it feels like there is a need to only report the good. 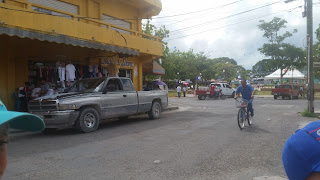 The other day I shared an article on facebook.  It was specifically about the concept of, "When Helping Hurts."  If  you are unfamiliar, let me introduce you to the concept.  The idea is that  if I am only filling "needs" and not enabling others to become independant, I am in essence "hurting" them. It may be couched in good intentions, but the effect is still the same.  It creates a dependance: someone has to continue to fill the need (financial or otherwise).  It also lends itself to an enviroment of "less than"/"greater than". 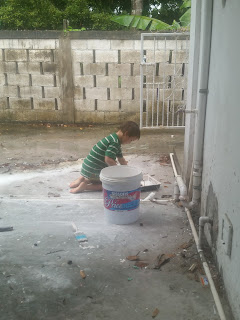 It wasn't until recently that we realized we had created a situation.  For us it felt like it went against everything we had worked not to do.  Even when you are striving to find (and do) God's will you will have times you feel like you failed. 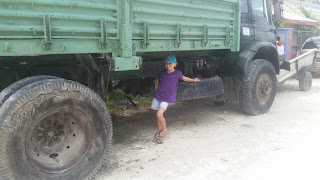 Two years ago, we flew out of Cancun.  It is often cheaper to fly from there.  Taking that flight meant we had a little time in Mexico.  I can tell you after a few hours in Cancun, I was sick of my own skin.  I couldn't change the fact that I stood out, and the preceptions it made on the vendors.  When I was talking to my mentor about experiencing the similar thing in Belize she had some insight.  I told her I don't want to be precieved as the rich American, "but you are" she stated. 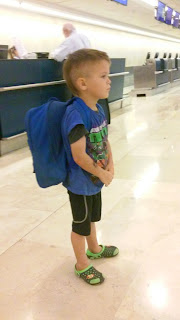 I can't be something I'm not.  No matter how much we try to not be "that" to those around us; it happens.  The conbination of the preception of being a "rich American" and hurting instead of helping became volitile.

I can tell you that it lead to me driving a neighbor's truck down the pothole filled roads of Orange walk.  (he was on the back holding our wardrobe on the truck).  He shouted directions to me.  I wished for a pillow so I could pull just a little closer to the stearing wheel.

We will step into our proverbial shoes.  The "lot" we have, bumpy ride, can't reach the steering wheel and all.  Sometimes it's okay not to get it right. The process of learning and growing is lifelong.  I am thankful to be along for the ride