The rest of our drive

In case you missed our announcement, we arrived safely in Belize on September 13. 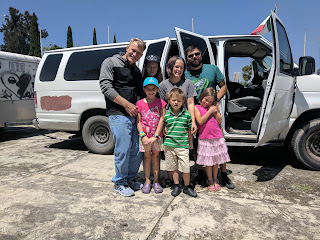 The process to get to Belize took a week and a day longer than we originally had anticipated. 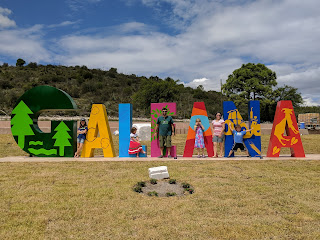 After leaving my Aunt and Uncle's house we traveled south. We spent 3 days in route to Texas.  While we were at Bill and Jeanette's the broker who was to help us cross the Mexican border finally contacted us. He stated to get the correct visa for our van, he had to have the title for 3 days prior to our arrival.  We paid to have the title overnighted to Texas. Unfortunately due to the hurricane, this process was delayed by 5 days (no we didn't get a refund on our overnight fee) 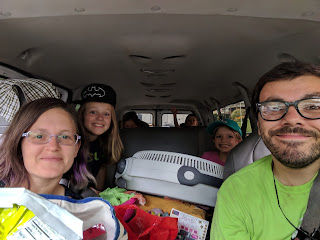 When we arrived at Jay and Lisa's home the title still hadn't arrived, and it was Labor day sunday.  We spend 3 nights at Jay and Lisa's waiting for this process to happen. They were gracious to us, allowing us to stay and eat their food! We visited a retro arcade, Nathanael's grandparents, and Jay and Lisa's life group. 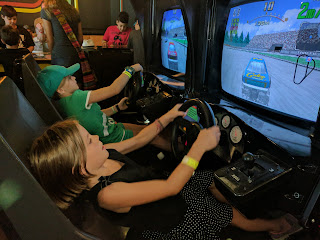 Once the title was there, we traveled 2 more days to the border. (Texas is huge!!) 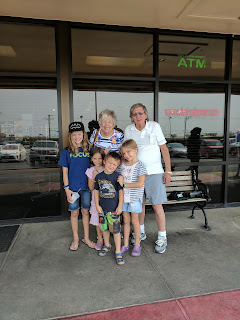 Our day at the Mexican border wasn't the most fun day of the trip. We did end up getting through, and learned some things about making the process quicker, should we choose to drive again in the future.  Since it took so long (over 8 hours) we ended up on the highway (without gps) much later in the day than we had wanted to be. 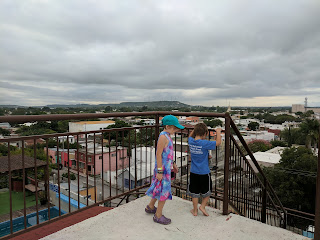 One more very long day on the road found us in Monte Maria at 10pm. Nathanael deftly navigated the busy streets with our long trailer! We stayed in the guest house at Tierra Prometia Saturday night till Monday morning. We were blessed to go to church there, and spend some time with Bob and Bonnie! I reveled in the awesome food, fellowship, and time at the church! 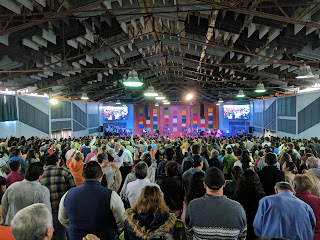 Two more days on the road in Mexico, one sleeping at a roadside hotel, one in a cabana found us at the Belizean border. This time we felt safe. The border crossing felt just as haggering though.. a long  8 hour day in the Belizean tropical sun. Kids took it well.  This was also an answer to prayer. After speaking with our former supervisors, we found out we paid less for our van and trailer in taxes than they had 2 years ago for just bringing their small suv. 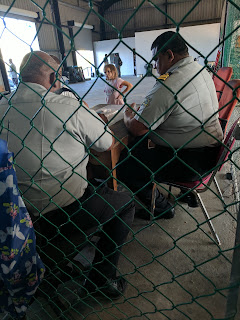 We were met by Tim Groff and his friend at our house at about 8pm Belizean time (it felt like 10pm to us). 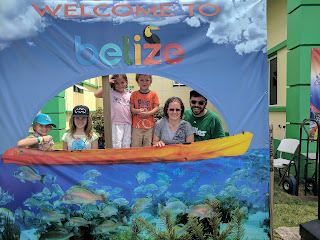 Hope you enjoyed the long summary of our journey. More news to come!

Posted by Nathanael at 9:44 PM