How many Many Mennonites does it take to put up a tent? (our trip to Emm's Global Fair)

Apparently more than we had.. ;) 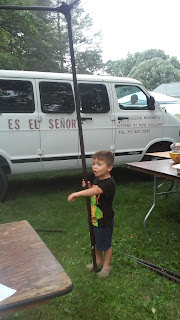 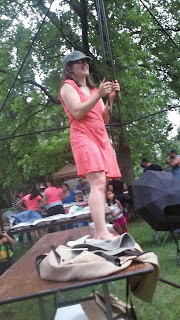 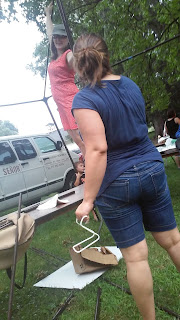 On Saturday, we had the privilege (again) of having a table at Global fair.  Nathanael asked if we could borrow a tent from our church.  We picked it up on our way and headed out. Once we got there it was spritzing small amounts of rain. 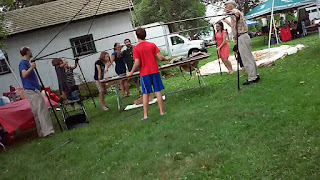 I felt it would be a good idea to set up the tent.. so we wouldn't get wet .  Nathanael was reluctant as the tent seemed extra big and complicated.  He did agree because I was also concerned about getting sun burnt.

After an hour of laughing, about 10 people attempting to read the directions, push together poles, and watch us, we gave up.  It seems that there were some poles missing from the bag, and the wrong canvas in it. 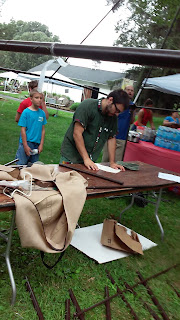 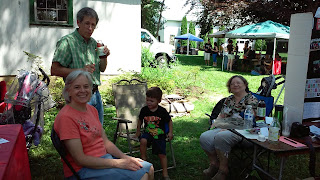 Nathanel told some of the people helping us that this is a "Secret team building" exercise.. Oh well it was fun to try! 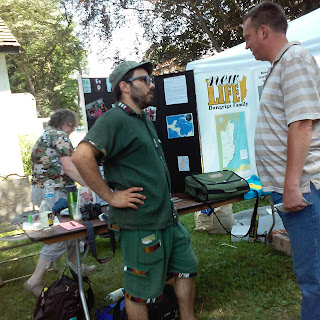 We are so thankful to Summer, Ray and Mary Bergey and Debbie Ulle who came to be with us.
They also escorted our children around and made sure we were fed!  I love the chance we get at Global fair to get to know other missionaries and their callings. It is also fulfilling to interact with the people of other cultures who bring food to sell; and the other organizations (like MCC and LMC)