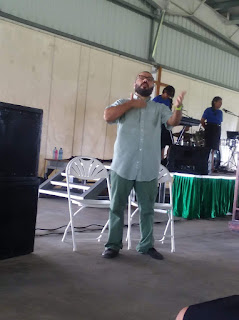 There isn't anything to review in Bible Study this week.  Why you ask? Nathanael didn't preach. We weren't even at the church building. 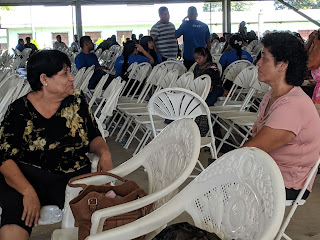 We were privileged to be a part of the communal worship service of Belize Evangelical Mennonite Conference.  Nathanael interpreted for the service. They provided an interpreter (from Spanish to English) and he interpreted into ASL.  They didn't have anyone for worship, so I did my best. I am by no means a trained interpreter. That and being in Belize makes me lazy. Any words I don't know in Spanish, I add the English instead; and I am fully understood. 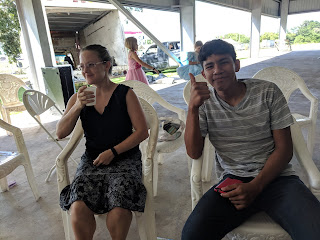 We were also very close to the speakers, the base booming in our ears(not to mention shaking my entire body!) It was a great place to be for the Deaf, they could feel the music! 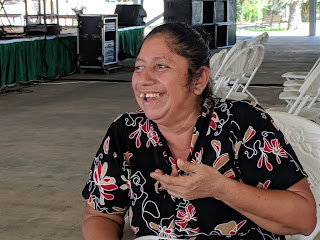 The preacher was actually originally from Guatemala. Interestingly Nathanael and I had a conversation with him after the event. I told him that I can understand his Spanish better than the Belizeans. He pointed out that it's similar to Texan's Spanish, this mix of Spanish and English, using words that aren't actually words in either language. (Ie an English word with a Spanish ending)  Here we also have a Caribbean/ Kreol accent. 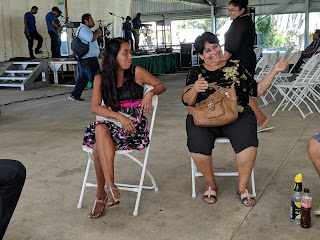 The interpreter who helped during the service actually had more trouble with the speaker, probably because of the accent. 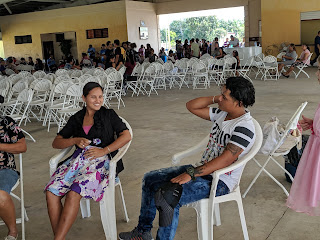 It was a good experience for all involved.