Out with the old..

My blog post from a few weeks ago alluded to the fact that I wanted to record the "little" things.  This will be a "little things" type of post. 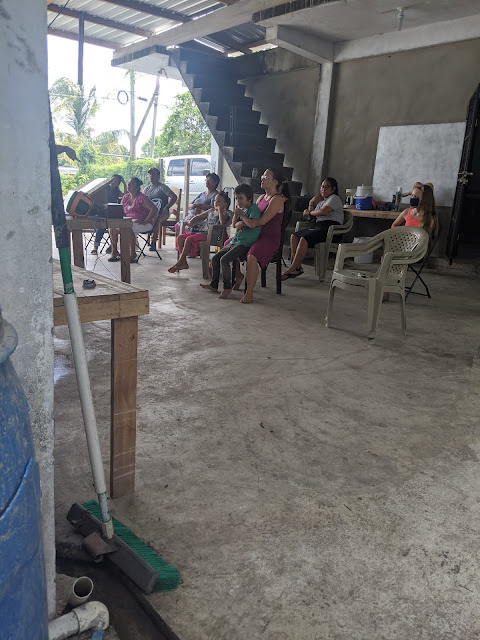 Sunday morning a month ago, Nathanael took the picture while Marta was praying

Was a blessing given to us the summer of 2017. It has a wonderful engine and as most of you are aware, the transmission was rebuilt on our way to Belize in August 2017. It is steadfast! It also gets terrible gas mileage.  The gas mileage as well as the added expenditure of fuel here makes driving less than economic. Nathanael considered ways to adjust this. 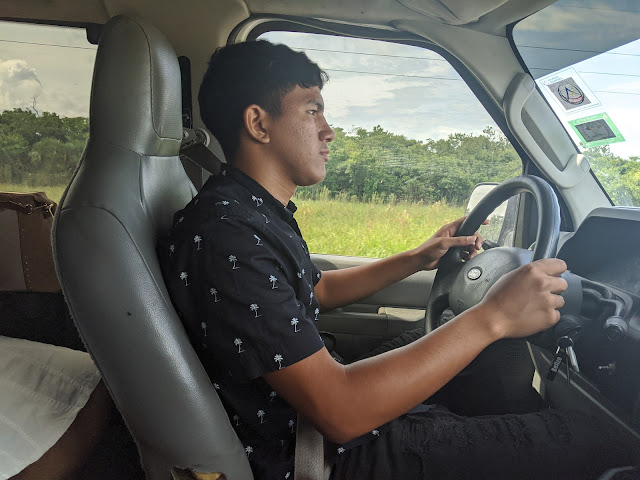 One way that people combat the price of gas here is to convert their vehicles to use propane. While it actually makes your miles per gallon worse, the cost of propane is less than half the price of gasoline; thus making a worthwhile endeavor. We had been considering it for years. The monthly trips to Spanish Lookout were what helped make a decision. 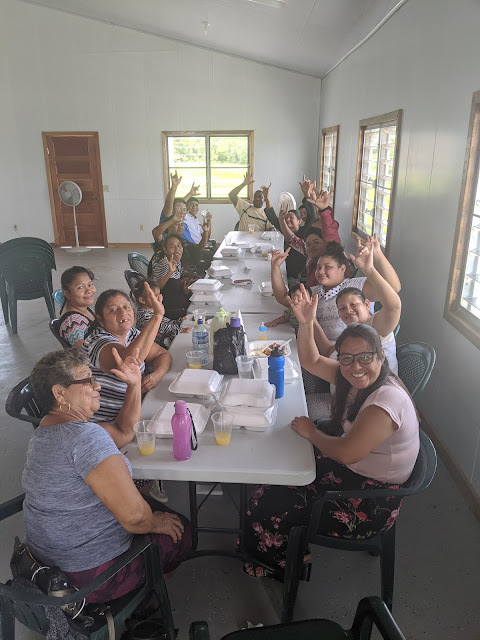 Fountain of Life church always serves us lunch! What a blessing.
Nathanael had a welder friend make a frame for the tank, as well as add a luggage rack.  He then took it to Shipyard. It took less than a day for the conversion.  Nathanael figured out the math. In three months we will have save the amount it cost to have the conversion done: a win/win. 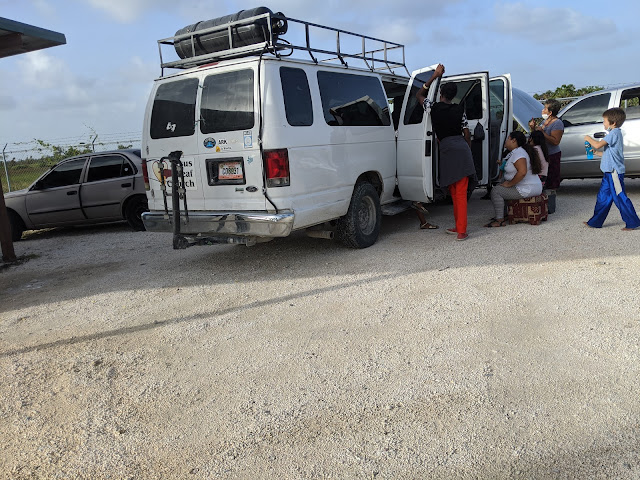 A back view of the van
The second new thing we got were chairs. When we were sharing a church, the benches worked for church well. Since moving the church, we've been forced to scavenge for chairs.  We just had enough and some Fridays the kids didn't have chairs. Pair that with the fact that some of the chairs here are 15 + years old and weren't well made in the first place; meant that there were times chairs broke. (while occupied) 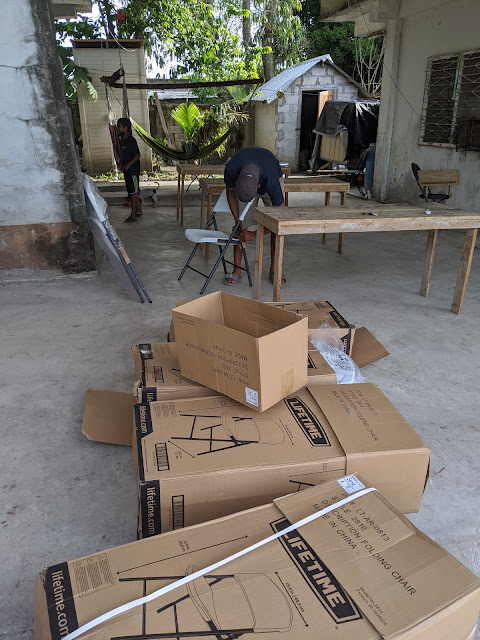 Unpacking the chairs
The chairs won't make up for any savings in a matter of months. That being said we are so grateful to have reliable, plentiful seating. 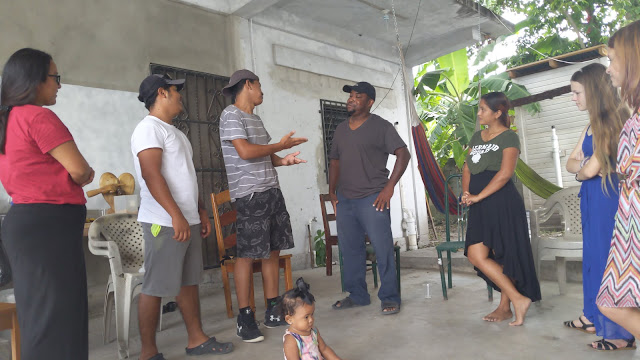 a time of prayer (you can see our palanthera of chairs behind people)
We are so thankful for the ways that God provided for these needs! 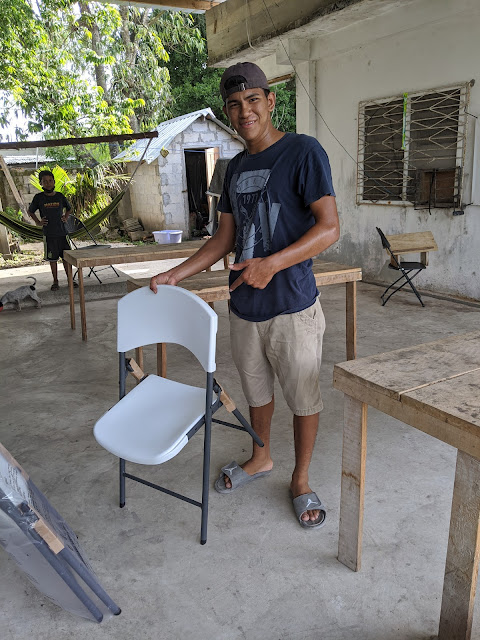 Misael unboxed the chairs
Posted by Davis Family at 2:40 PM