She was "little" when she came out.. all 6lbs 10oz of her, smaller than her sister.  The first thing I noticed about her was the two dimples on the right side of her face.  The smaller one she had has faded.  The larger one is one of my favorite things about her..

So why talk about Selah?  The Velvet Ashes theme of the week is "ponder" Selah's name just kept running in my head.. over and over

Nathanael came up with her name. Since he chose it so long ago from the Psalms, we have met or heard of a good number of girls named Selah.  At the time it felt pretty unique.  Selah is a musical term. It means to stop and think about it, or rock.. much along the same line as ponder.  Selah is a ponderer. She just loves to think about how things work, what things do, or how they can be put together.

We really wanted Selah to carry the name of a friend.  She is named after our dear friend Lauren whose middle name is Elizabeth.

Esperanza is Selah's second middle name.  It means to wait or hope in Spanish.

When we decided Selah's name we didn't realize right away that her initials spell SEED.  Now she loves that it does as do we.

I struggle with this not being a "perfect" post but I will leave it as it is.  I have really enjoyed re thinking why she was named what she was named.  To us it was very important to also consider name meanings.

She is the girl that when I stop to think about it, never stops amazing me.  I am blessed to be her mom 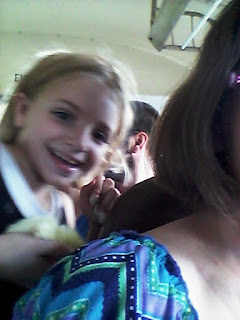